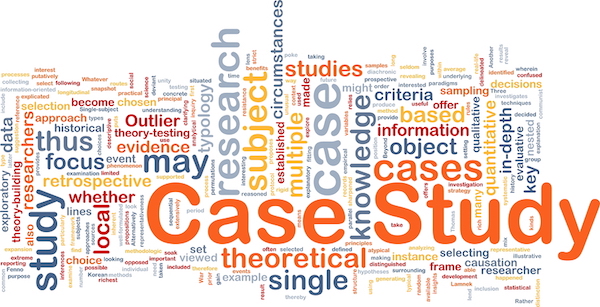 Abstract
The use of technology can enhance workplace efficiency, productivity, and flexibility; yet, technological tools can have negative effects on individuals’ cognitive, psychological, and physical health, as well as on organizations (e.g., lowered employee satisfaction, decreased employee commitment). The use of information and communications technologies (ICT) adds to existing work stress. The authors reviewed recent literature to identify ICT trends, define key terms, and gain insights to improve awareness of ICT issues related to career development, health and wellness, and job security. The potential for inquiry as it relates to career exploration, development, and advancement is relevant to counselors and clients in today’s workplace. Research is needed to examine the effects of technostress across different industries, to identify workers at greatest risk of adverse effects, to explore the impact on career decision making, to help clients develop personal coping resources, and to determine strategies for career professionals to collaborate with workplace managers.

The effects of technostress within the context of employee use of ICT
Authors: Anna Mette Fuglseth, NHH Norwegian School of Economics; Oystein Sorebo, University College of Southeast Norway
Article · November 2014

Abstract
Personality trait research with self and observer ratings has been previously applied in psychology, however, in the HRM field, most studies on personality features have been limited to self-assessment data. We investigate how personality is associated with the stress related to the use of Information and Communication Technologies (ICTs) which has been termed by a number of scholars as technostress. Drawing from both prior research on personality dimensions and studies on antecedents of technostress, we examine the relationship between technostress creators and technostress antecedents such as personality traits, differences between self and observer ratings, availability through ICTs and use of ICTs. Our findings, based on ordered regression analysis, show that pseudo-extraverts and pseudo-conscientious individuals are likely to experience lower levels of techno-invasion. Moreover, results demonstrate that individuals with high levels of conscientiousness and extraversion tend to have higher levels of techno-insecurity and techno-overload, respectively. Finally, we also find that increased availability through ICTs is associated with high levels of techno-invasion. Interestingly, the use of ICTs has a negative effect on technostress. The implications of these findings are discussed, and directions for future research are suggested.

Abstract
Technostress is defined as the stress derived from the use of information technology. Prior researchers have studied this phenomenon in many situations such as in the work environment, concentrating on the effect of technostress on the individual who overwhelmed by the use of information technology on his/her job. In this study, we attempt to examine consequences of continuously overusing mobile phone which lead to technostress. Drawing from the stress-strain-outcome model of stress, we proposed that overusing mobile phone can lead to technostress, whereas technostress will cause problems in personal health and work-related issues. Results from surveying 400 working professionals provide a support for our proposed model.

Abstract
Technostress occurs when individuals experience negative psychosocial effects of technology usage and also demonstrate negative valence associated with ICT use. It is composed of four dimensions (Disbelief, Fatigue, Anxiety, and Ineffectiveness), which describe two aspects of technostress (Technoanxiety and Technofatigue). This study aimed to investigate the relation between technostress dimensions, career commitment, life satisfaction, and work-family interactions among ICT professionals. Variables including gender, age and length of employment were also considered. The sample was composed of 234 Brazilian individuals. It was found that work-family and family-work conflicts were associated with increased technofatigue and technoanxiety, and decreased career resilience. Age and gender differences were also identified. These differences emphasize the role of organizations and society in what refers to reduce inequalities in workplace and to support better preventive actions

Abstract
With the proliferation and ubiquity of information and communication technologies (ICTs), it is becoming imperative for individuals to constantly engage with these technologies in order to get work accomplished. Academic literature, popular press, and anecdotal evidence suggest that ICTs are responsible for increased stress levels in individuals (known as technostress). However, despite the influence of stress on health costs and productivity, it is not very clear which characteristics of ICTs create stress. We draw from IS and stress research to build and test a model of technostress. The person–environment fit model is used as a theoretical lens. The research model proposes that certain technology characteristics—like usability (usefulness, complexity, and reliability), intrusiveness (presenteeism, anonymity), and dynamism (pace of change)—are related to stressors (work overload, role ambiguity, invasion of privacy, work–home conflict, and job insecurity). Field data from 661 working professionals was obtained and analyzed. The results clearly suggest the prevalence of technostress and the hypotheses from the model are generally supported. Work overload and role ambiguity are found to be the two most dominant stressors, whereas intrusive technology characteristics are found to be the dominant predictors of stressors. The results open up new avenues for research by highlighting the incidence of technostress in organizations and possible interventions to alleviate it.

Coping Strategies for Technostress as a Challenge in a Digitized Working Environment
Author: Thurk Ines-Jacqueline

Abstract
In this study, we examine technology related creators of stress in students taking online classes. We hypothesized  that students  enrolled  in  only  online  courses  experience  higher technostress than  students  enrolled  in face-to-face  only  courses. The  study  involved  a  convenience  sample of students at three regional state universities. The result of the analysis suggests that students enrolled  in  online  only  courses  do  experience  higher technostress  creators than  their  face-to-face peers, and that
enrollment in online only courses explained 8.1 percent to the variance in the techno creator score.

Abstract
Logistics managers work to create practices that reduce technostress, which is associated
with diminished productivity in supply chain management. The purpose of this multiple case study was to explore the mitigation strategies that logistics managers at distribution centers used to reduce technostress with their employees in the Los Angeles County, California area. The conceptual framework included in this study was the sociotechnical systems theory. Semistructured interviews were conducted with 6 logistics managers from large distribution centers who implemented mitigation strategies that demonstrably reduced technostress with their employees. Public documents and physical artifacts reviewed in this study included productivity assessment tools, information and communication technology system training materials, technostress mitigation instruments, and information from technological devices. Data were analyzed through a process of pattern matching, cross-case synthesis, and systematic text condensation. The findings included 6 themes: reliance on internal information technology experts; hiring temporary experts; maintaining communication and training; using time management skills and organizing priorities; identification and understanding of employee differences; and implementing well-being, fitness, and health programs. These findings could contribute to positive social change by providing logistics managers with strategies to reduce technostress, which could lead to improved employee well-being, better work conditions, and increased productivity for greater company profitability that could produce a more thriving and prosperous community.

Abstract
At a fast pace, firms are introducing new technologies in accordance with employees suffering. Employees continuously adapt to new information technologies, functionalities,and work flows, as well as spend more time and effort to renew their technological skills. Here, suffering refers to technostress, and this has been studied extensively in IS research. Employees struggle with work stress, and it does not just stem from the use of IT. Work stress also comes from other non-technological demands such as time pressure and management expectations for productivity. In line with Job Demand-Resources (JD-R) theory, this study  explores  the  interaction  effect  of  technostress  and  non-technological  stress  on  employee performance.

Abstract
Using social media is the most common activity on the Internet, and much research has examined the phenomenon. While the current literature focuses on the positives of using social media, there is a comparative lack of research on its negative effects, especially in the context of the workplace. Research has identified one critical negative impact of  contemporary technology  as  technostress, which  refers  to stress  induced  by  information  and  communication technologies. In this paper, we apply distraction-conflict theory (DCT) to the literature on social media, technostress, and addiction to theorize that one can view social media in the workplace as a distraction conflict, which, in turn, can induce technostress and, subsequently, Internet addiction. To test this theoretical model, we conducted a survey on 1731 participants recruited from Mechanical Turk. The survey examined the similarities and differences between two popular social media platforms: Facebook and YouTube. Overall, the results provide support for positive associations between  the  distraction  felt  from  social  media  and  social  media-induced technostress and  between  social  media-induced  technostress  and  Internet  addiction. While  Facebook  and  YouTube have similarities,  we  found  notable differences  as  well.  This  study  contributes  to  the IS field  by  using  DCT  as  a  novel  and  valuable  lens  through  which researchers and practitioners can think about the negative effects of using social media at work. The paper also offers insight into implications for research, practice, and future research areas.